Welcome to the cursed town of Sparrow…

Two centuries ago, in the small, isolated town, three sisters were sentenced to death for witchery. Stones were tied to their ankles and they were drowned in the deep waters surrounding the town. Now, for a brief time each summer, the sisters return from the depths, stealing the bodies of three weak-hearted girls so that they may seek their revenge, luring boys into the harbor and pulling them down to their watery deaths.

Like many locals, seventeen-year-old Penny Talbot has accepted the fate of the town. But this year, on the eve of the sisters’ return, a boy named Bo Carter arrives; unaware of the danger he has just stumbled into or the fact that his arrival will change everything…

Mistrust and lies spread quickly through the salty, rain-soaked streets. The townspeople turn against one another. Penny and Bo suspect each other of hiding secrets. And death comes swiftly to those who cannot resist the call of the sisters.

But only Penny sees what others cannot. And she will be forced to choose: save Bo, or save herself.

Oh wow. Oh wow oh wow oh wow. I was in need of a light read. I’ve been reading a lot of the same the last few months, so I decided to pick up the Wicked Deep to break through this same-read-syndrome. But guys, this book is amazing.

I finished this book in less than 9 hours. I took it with me to work and I got HOOKED. I never finish books in a day, well, maybe books of about 50 pages, but never 300 pages! Just to illustrate how much I loved it.

The book sounds really as if it’s going to be a YA romance novel, but guys, this isn’t it. At all. Yes, romance happens in this book (which I personally dislike) but it isn’t the most important thing in the book. I mean, boys are dying all around Penny, if she found romance more important than dying kids I’d be concerned. There are some smoochy scenes, but they aren’t explicit and nothing gets uncomfortable for you as a reader. I dislike romance, I dislike sex scenes, I dislike smooch scenes, but this was bearable!

The book follows Penny, whose father disappeared a few years ago and her mum really struggles with her husband leaving. Penny has been alone since then, living on the island where they both live, until Bo arrives. At first she thinks Bo is just another tourist, here for Swan Season to see boys get killed, but then she realises he doesn’t even know about Swan Season and they both try to stop it from ever happening again. We get to know about the Swan sisters as well, a few really small chapters are set in their timeline and slowly, but surely we get to know who they were and why they got killed by the people of Sparrow.

Honestly, I can’t tell you guys how much I love this book. It’s light, but really interesting and I loved the concept. I just wanted a bit more from the ending, but I’m really happy with how it ended. And best of all, it’s a stand alone! I gave this book 4 stars on Goodreads, and you can get your copy here!

Have you read the Wicked Deep?

2 thoughts on “Review: the Wicked Deep by Shea Ernshaw” 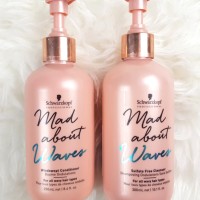