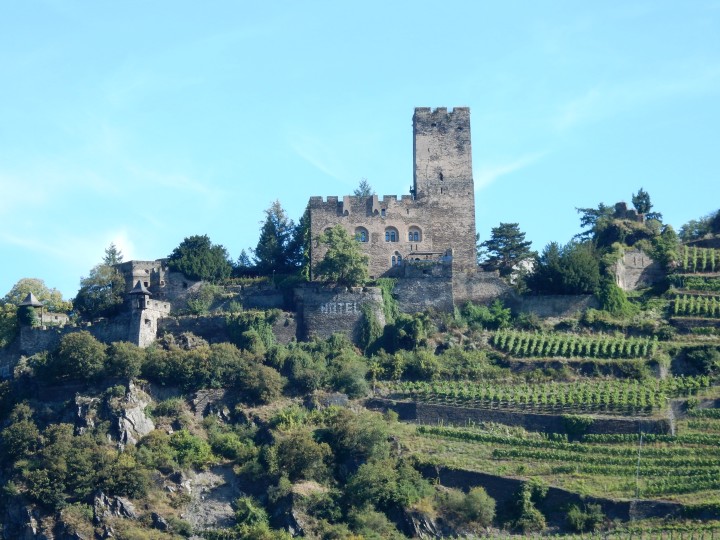 So here we are talking about day 2! I had a much better sleep, thanks for asking!
We went to two different castles today: Reichenstein and Sooneck. I’m going to begin with the first one we went to: Reichenstein! 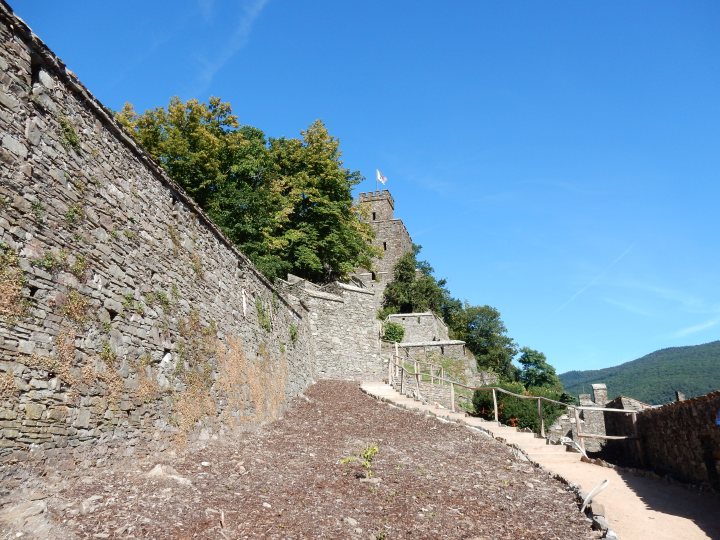 I really enjoyed going to Reichenstein, it was exactly what I like about castles: a museum. The one’s we went to yesterday  were absolutely not that, and that’s why I didn’t like them. We were the only ones at the castles when we arrived, and towards the end a few more people were walking around. 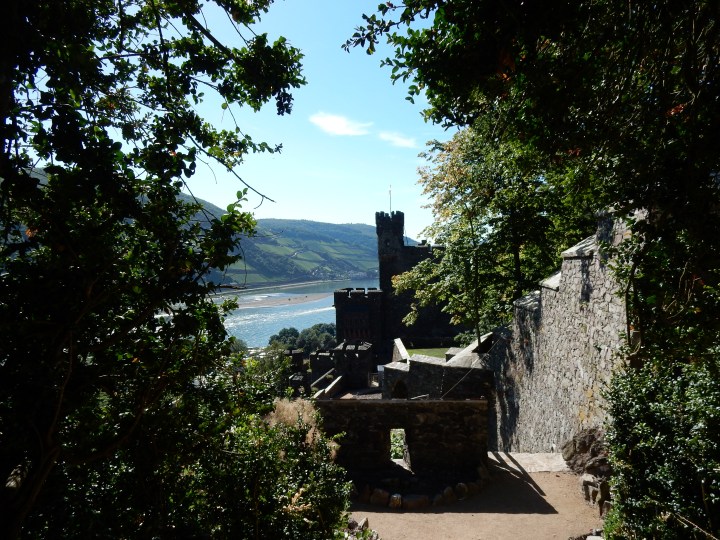 As you can probably tell by the blue sky, the weather was lovely today! It made for a more enjoyable trip. Cold and gloomy weather ruins almost everything.

We got greeted by this bison (??????) on our way in. Apparently, the family that owned/owns the castle collects hunting trophy’s. Now, I’m the granddaughter of a hunter, I’ve seen many a dead deer in my day, but DAMN. These people had over 1500 trophy’s?????? Mostly deer, but also some other animals, including a moose from Russia, given by Tsar Nicolas II’s uncle. As you do when you are visiting friends.

I was not joking when I said over 1500. They were EVERYWHERE. We also found a unicorn, which was my personal favourite:

Apart from collection dead animals, the family apparently also collected oven covers, because stamps was too mainstream, I guess. They had some really cool ovens and the like spread over the entire building

Unfortunately, there was a lot of modern art spread around the castle as well, which completely ruined it’s beautiful aesthetic, but hey. 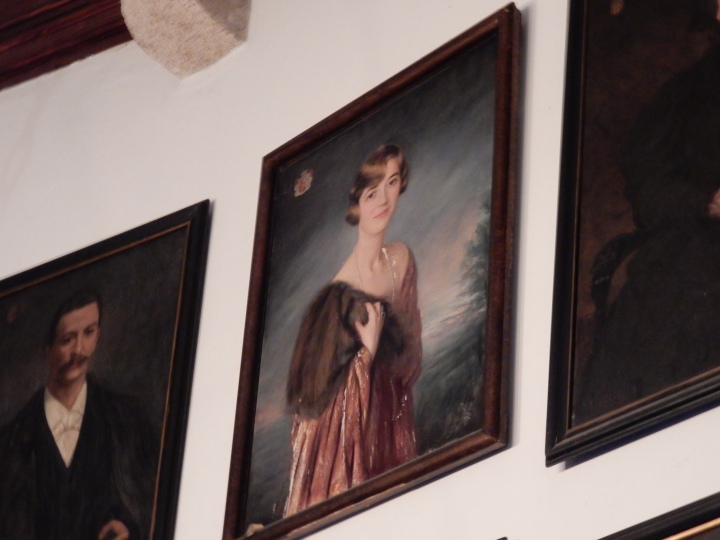 I also found myself having an obsession with this lady. I can’t really find who she was but I bet she was amazing because she’s got amazing hair and clothes. You go lady, you go.

Obviously, I couldn’t miss out on the library. One day I’ve got my own castle with my own library, one day! 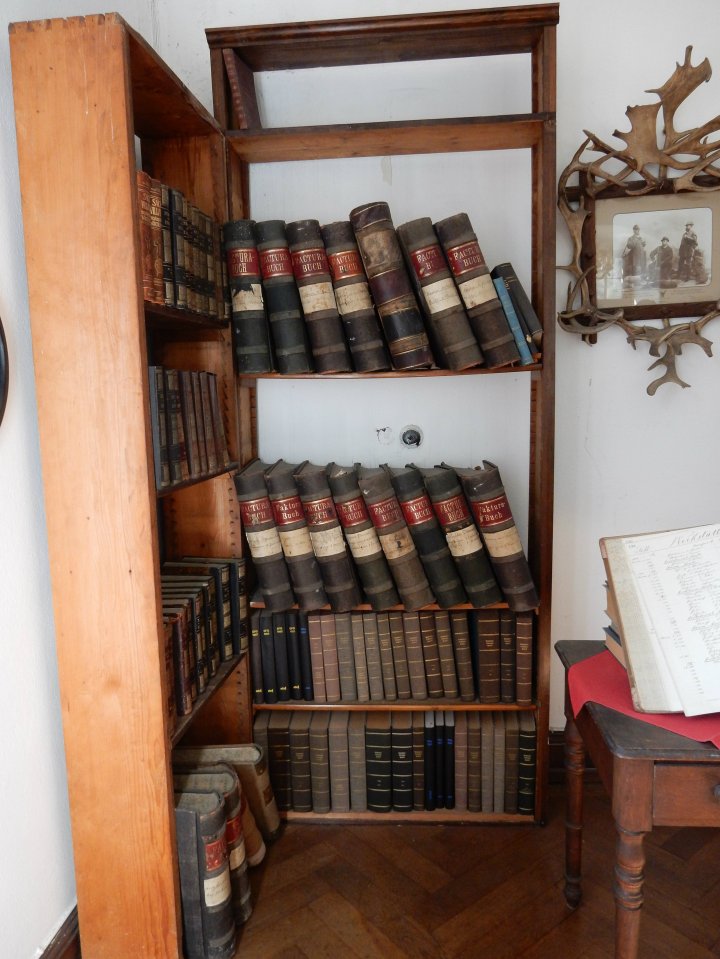 Maybe one of these baby’s is my lady???

Found this other lady, and I absolutely adore her. I am wondering why she isn’t framed though? 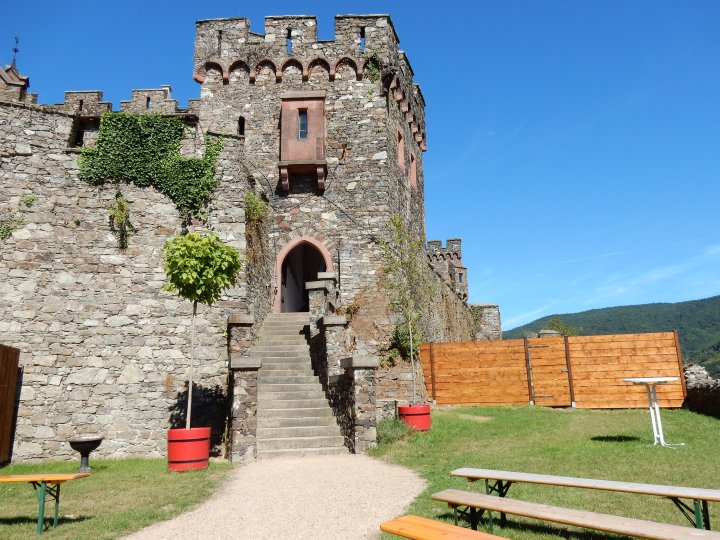 This was my little adventure to Reichenstein. It was beautiful and perfect and I loved it. It was a shame it “only” has 10 exhibition rooms, I’d gladly saw 10 more of them! Afterwards we went for lunch (nothing really worth noting) and we went to Sooneck. 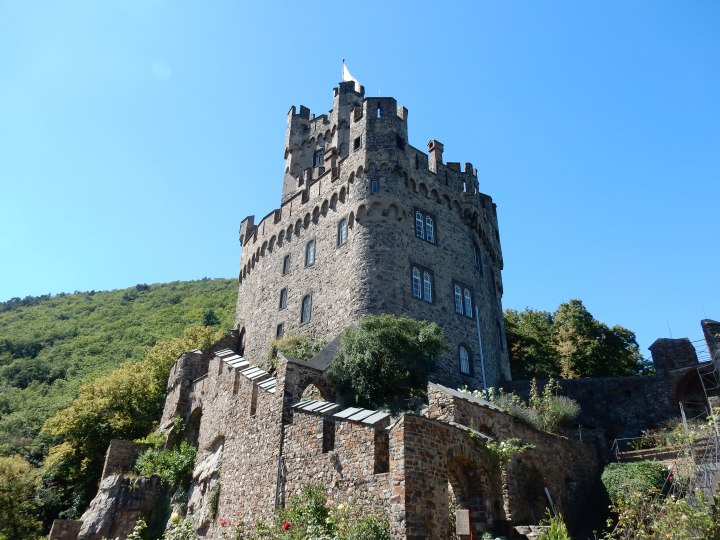 Sooneck was nice, but a bit of a let down, especially after Reichenstein. We got a “private” tour, because no one else was there, from a guy my dad knew from last year. He’s Ukrainian so he speaks German with an accent, so I couldn’t really follow him. He was really lovely though and knew what he was talking about, and because I’m lucky enough to know quite a bit about history, I knew what he was talking about most of the time. I didn’t take any pictures inside because well… the items could do with some renovating. It made me really sad to see some furniture be completely in taters, when it’s possible to restore them! Unfortunately, it does cost money, and sometimes you just can’t afford it. Which also kind of ruined it was this: 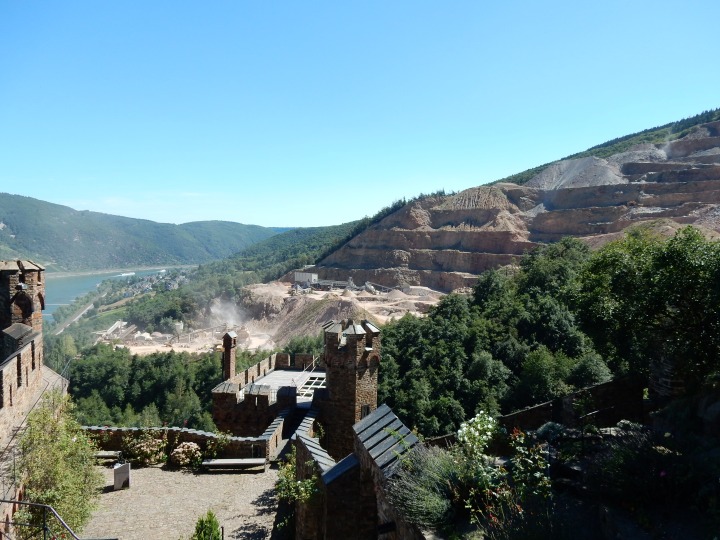 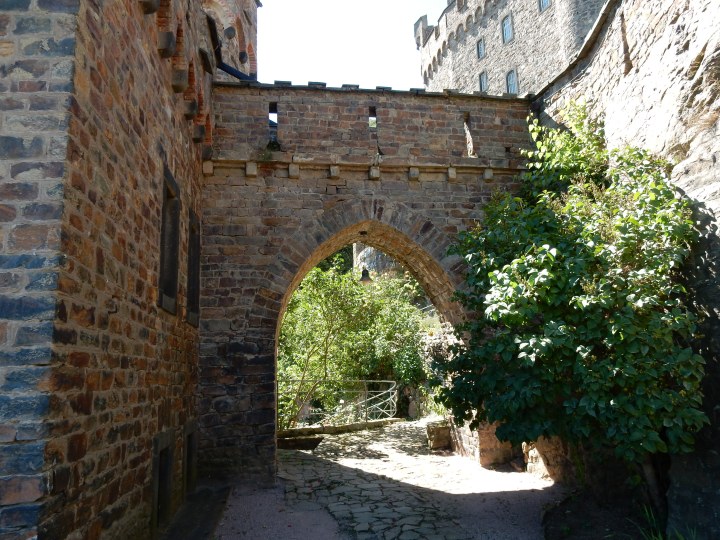 Today was a good day for castle hunting. Tomorrow we’ll be going to two more (hopefully) and it’ll be about 34 degrees, praise bless. Well, I guess this is it for today’s adventure!

One thought on “Adventure: Germany day 2” 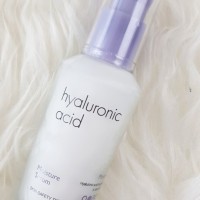 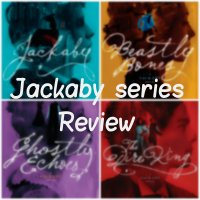